Where the best of both worlds meet:  tranquility & activity 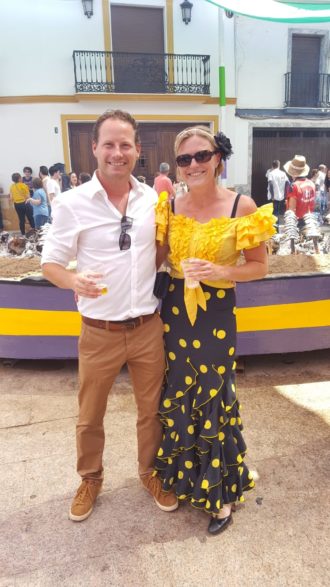 We like to introduce ourselves as your hosts of Finca Roca Vista. Rogier (Roger in English) will be your main contact and Margo will assist whenever needed, besides her job as a veterinarian.

Due to his interest in cultures and nature and his urge for adventure Rogier (1975) decided to start travelling the world after getting his bachelor’s degree in economics. In 1999 he left for Moscow and travelled over land all the way to Fiji and worked temporarily in Australia. When arriving home in The Netherlands after 2 years he could not deny the hunger for more and when sufficient money had been saved he left again to travel the remaining continents. But all good things come to an end so eventually he started working in the field he had been studying for in The Netherlands. After years being an accountmanager it was time to make another longlife dream come true. Together with Margo he decided to change course drastically and left for sunny Andalucia to start a Bed & Breakfast.

Being an animal lover, Margo (1977) started horse riding at an early age and until this day it remains her favorite hobby. Her love for animals made her decide to study veterinary medicine in Utrecht (The Netherlands). After graduating in 2003 she worked for 12 years with great pleasure as a veterinarian in a small animal clinic. In the beginning of 2015 she was looking for a new challenge in her working life and switched to a job at an international veterinary laboratory working as a medical consultant. When the possibility arose to take this job with her to Spain the decision to go was an easy one. Being an outdoor person the sunny climate appealed to her and when she and Rogier hit upon this beautiful locacion in the midst of nature the actual emigration was a fact.

Our cats Spinny and Fozzy:

Spinny and Fozzy will be strolling around anywhere but enjoy lying in the shade just aswell. Spinny (black/white) is very calm and shy. Fozzy (red) on the other hand loves to be petted by people and can be very nosy.

Our ponies Brynja, Frigg and Eddy:

Brynja is an Icelandic pony, born in 1992 and blind on her left eye. Despite her old age and small handicap she travelled with us to Spain. After a difficult start she is now fully used to the Spanish climate and enjoys a siësta each day. Eddy (AKA Fast Eddy) is a Shetland pony and Brynja’s stubborn but loyal companion. To give Brynja some well deserved rest, the handsome Icelandic mare Frigg joined the herd at the end of 2017. Margo and Frigg go out riding in the beautiful countryside at our doorstep on a very regular basis. Brynja, Frigg and Eddy all love attention and our guests are welcome to visit them.

Breakfast by the pool 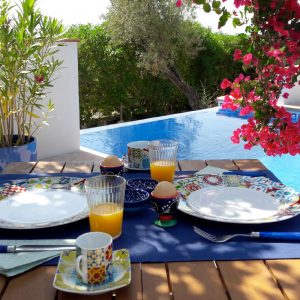 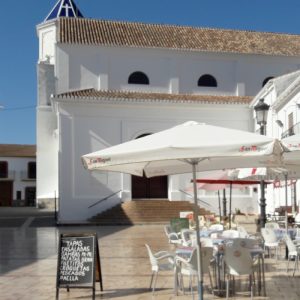 Our ponies Brynja and Eddy 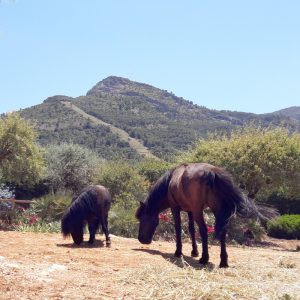 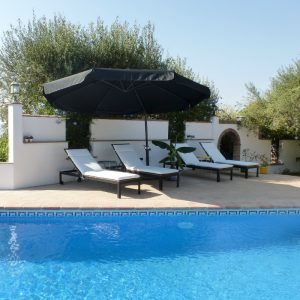